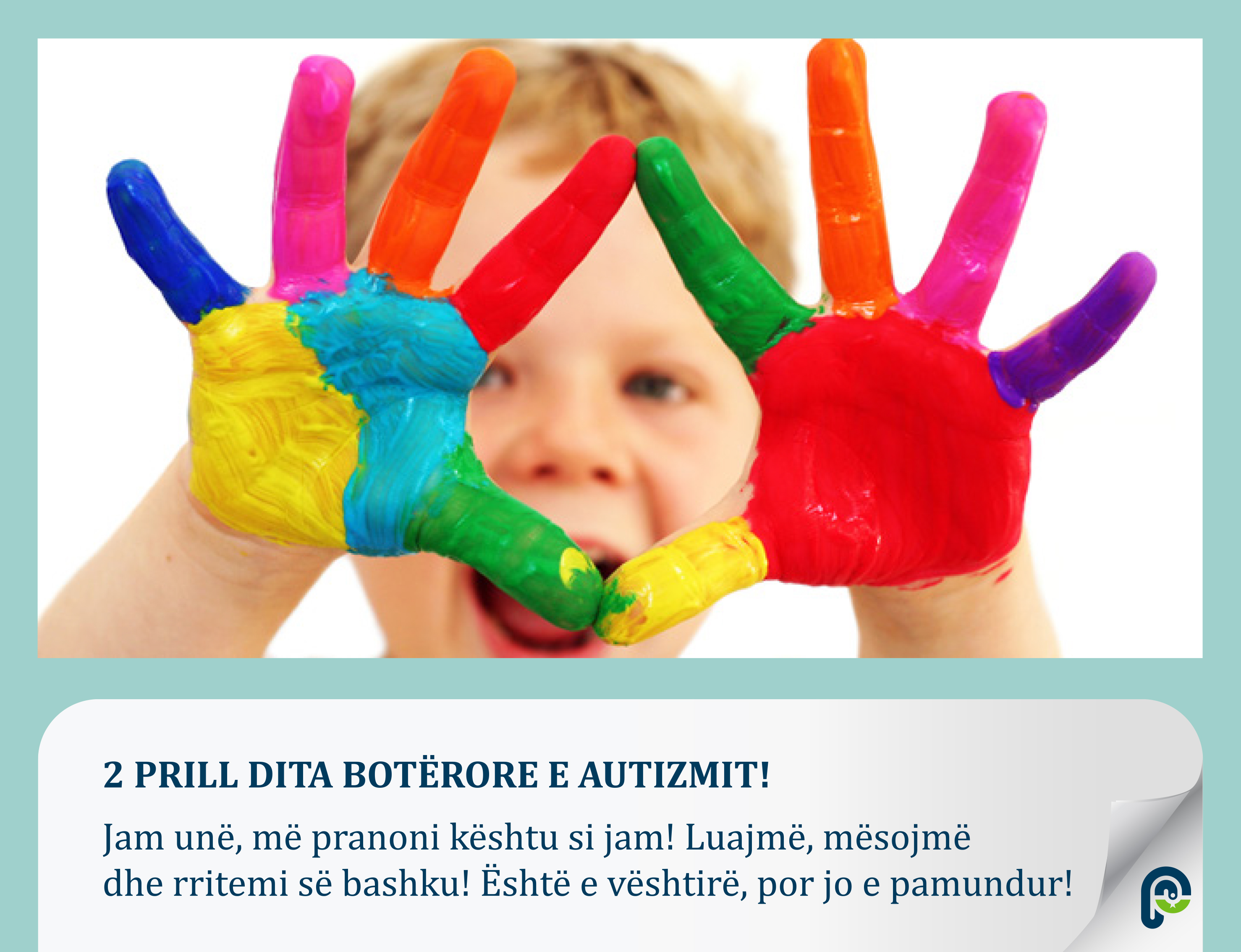 Specifically, it is a variable developmental disorder characterized by severe deficits in social interaction and communication, and by abnormal behavior patterns (i.e. repetition of specific movements or a tendency to focus on certain objects). While autism is evident in the first few years of a child’s life, symptoms can range from very mild to quite severe and the cause is still unknown.

Autism facts from the CDC (Centers for Disease Control and Prevention):

How is autism diagnosed?

It is important to note there is no single test for autism. An autism diagnosis is based on clinical observations and testing using one or more standardized tests.

The professionals most likely to diagnose autism are psychologists, psychiatrists, developmental pediatricians, and speech-language pathologists.

How to find out if a child has autism?

While only a trained professional can give a proper diagnosis if your child has autism, there are a few signs that you and your pediatrician should watch for that might warrant further investigation.

While there is no known cure for autism, there are treatment and education approaches that may reduce some of the challenges associated with the condition. Treatments for autism or interventions—especially early in a child’s life—may help lessen disruptive behaviors and education can teach self-help skills that allow for greater independence.

But, just as there is no one symptom or behavior that identifies all individuals with ASD, there is no single treatment that will be effective for everyone on the spectrum. Depending on your child’s needs, he or she may benefit from speech therapy, occupational therapy, sensory integration therapy, or applied behavior analysis.

Most professionals do agree that early intervention is important and that most individuals with autism respond well to highly structured, specialized programs. An effective treatment program for a child or adult with autism:

Parental involvement has also emerged as a major factor in treatment success.

To help maximize the potential of a child with autism or other related disabilities, Autism Community Network offers Hands-on Trainings for parents or caregivers and their child to supplement therapy. 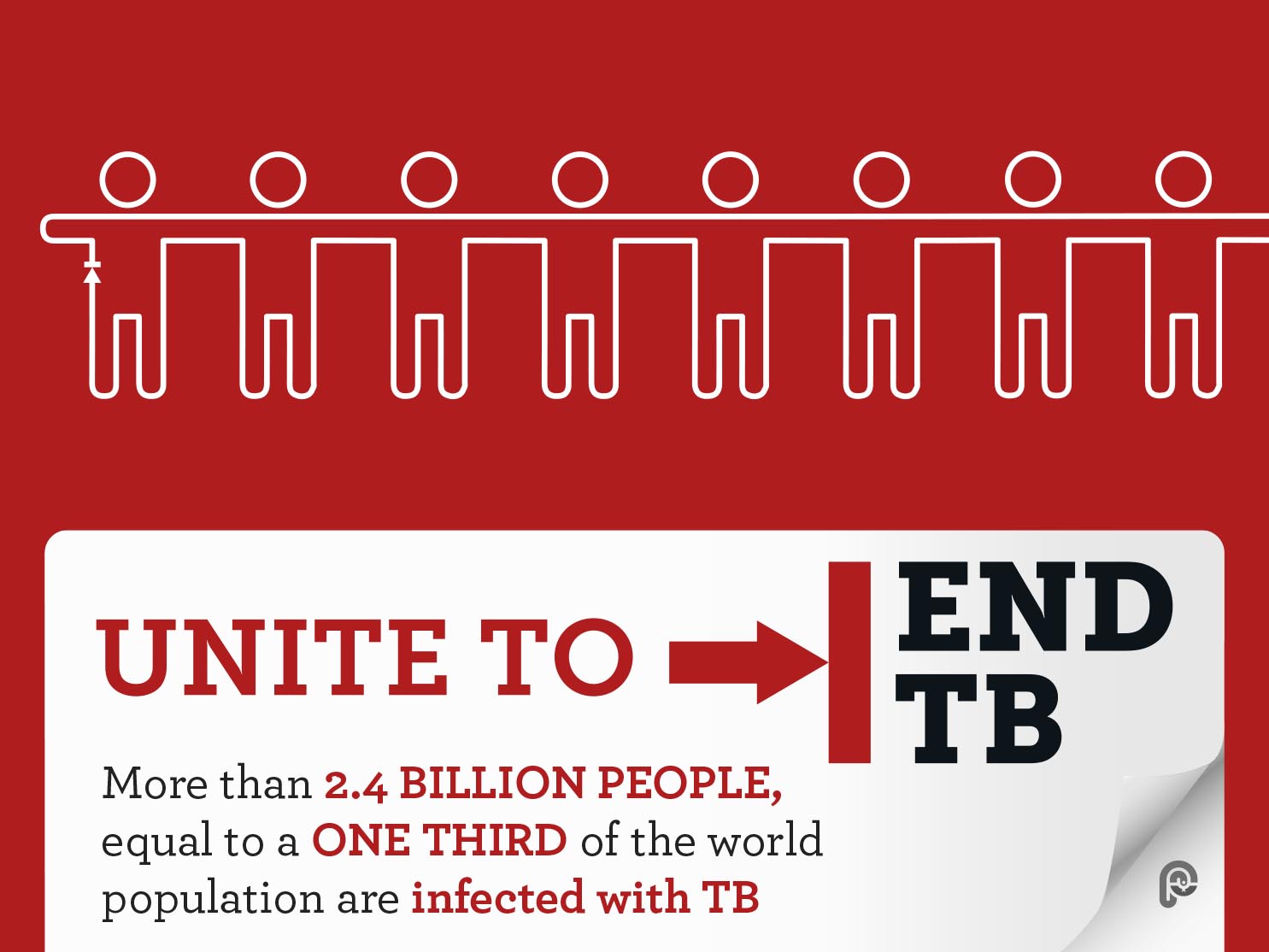 World Tuberculosis Day is a worldwide event that aims to raise public awareness of tuberculosis and the efforts made to prevent and treat this disease. This event is held on March 24 each year and is promoted by organizations such as the World Health Organization (WHO).

The theme of this year’s World TB Day is: "Unite to End TB"

Tuberculosis, or TB, is an infectious bacterial disease. Robert Koch, a German physician and scientist, presented his discovery of Mycobacterium tuberculosis, the bacterium that causes tuberculosis (TB), on the evening of March 24, 1882.

Tuberculosis generally affects the lungs, but can also affect other parts of the body. Tuberculosis is spread through the air when people who have active TB in their lungs cough, spit, speak, or sneeze. Most infections do not have symptoms, known as latent tuberculosis. About 1 in 10 people with latent tuberculosis, eventually progresses to active TB, which, if left untreated, kills more than 50% of the infected.

The classic symptoms of active TB are a chronic cough with blood-containing sputum, fever, night sweats, and weight loss and various symptoms as a result of infection of other organs. 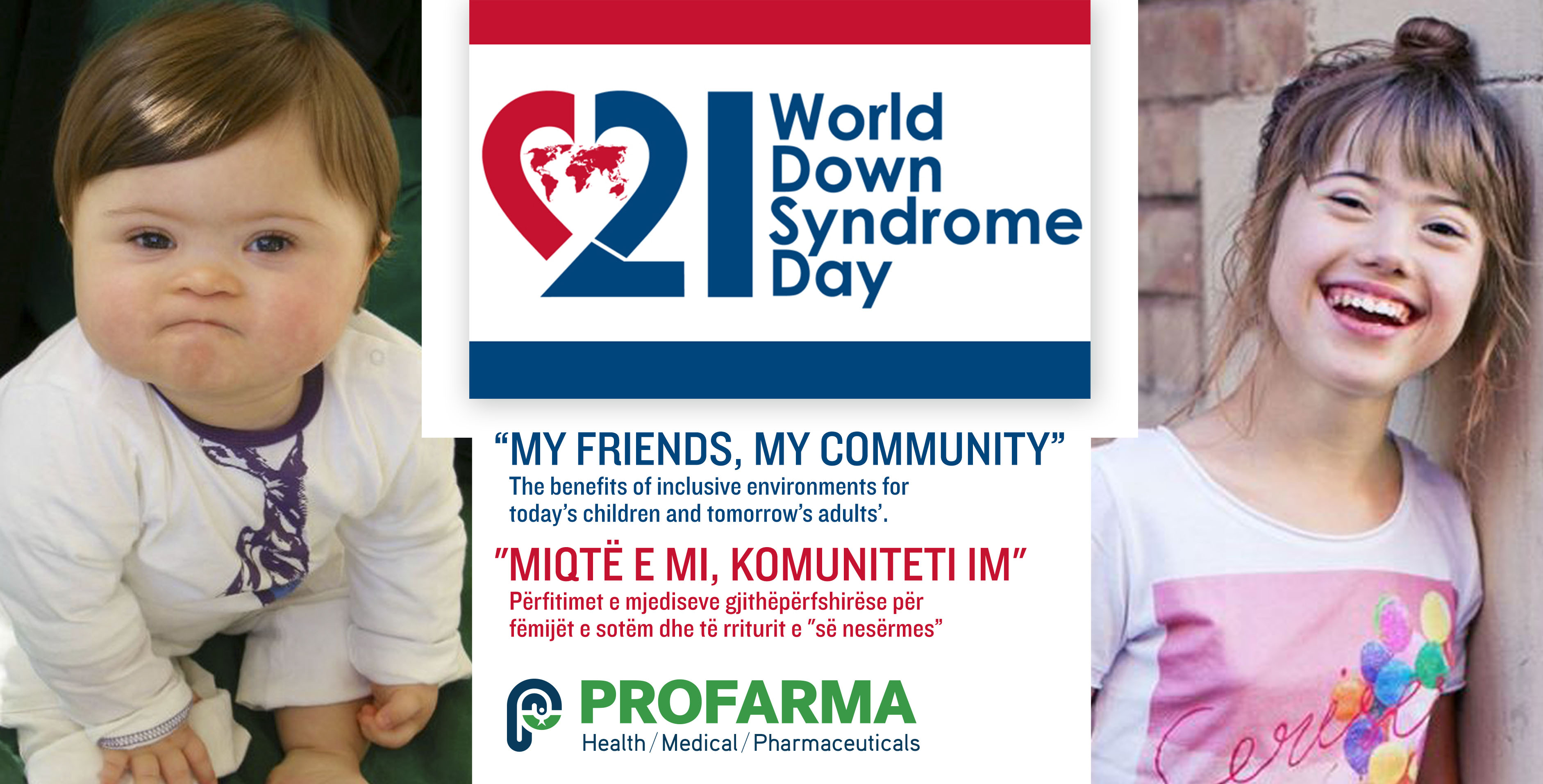 Monday 21 March 2016 marks the 11th anniversary of World Down Syndrome Day. Each year the voice of people with Down syndrome, and those who live and work with them, grows louder.

Down Syndrome International (DSI) encourages friends all over the world to choose their own activities and events to help raise awareness of what Down syndrome is, what it means to have Down syndrome, and how people with Down syndrome play a vital role in their lives and communities.

In 2016 the theme of World Down Syndrome Day is:
“My Friends, My Community” – The benefits of inclusive environments for today’s children and tomorrow’s adults’.

People with Down syndrome, on an equal basis with other people, must be able to enjoy full and equal rights, both as children and adults. This includes the opportunity to participate fully in their communities.

The reality for many is that prevailing negative attitudes result in low expectations, discrimination and exclusion, creating communities where children and adults with Down syndrome cannot integrate successfully with their peers.

But where children with Down syndrome and other disabilities are given opportunities to participate, all children benefit from this and environments of friendship, acceptance, respect for everyone and high expectations are created.
Not only this, but these environments prepare all today’s children for life as tomorrow’s adults, enabling adults with Down syndrome to live, work and participate, with confidence and individual autonomy, fully included in society alongside their friends and peers.

What Down Syndrome is?
Down syndrome is the most common genetic condition in the world. It was first described in 1866 and is named after John Langdon Down, the doctor who first identified the syndrome. The cause of Down syndrome, also known as trisomy 21, was discovered in 1959.

What causes Down Syndrome?
Down syndrome can be caused by one of three types of abnormal cell division involving chromosome 21.
The three genetic variations include:
• Trisomy 21– More than 90% of Down syndrome cases are caused by trisomy 21. An extra chromosome (chromosome 21) originates in the development of either the sperm or the egg. When the egg and the sperm unite to form the fertilized egg, three (rather than two) chromosomes 21 are present. As the cells divide the extra chromosome is repeated in every cell.
• Mosaic Trisomy 21 – This is a rare form (less than 2% of cases) of Down syndrome. While similar to simple trisomy 21, the difference is that the extra chromosome 21 is present in some, but not all cells, of the individual. This type of Down syndrome is caused by abnormal cell division after fertilization. The name comes from a random order of normal and abnormal cells (a mosaic). In cellular mosaicism, the mixture can be seen in different cells of the same type; while with tissue mosaicism, one set of cells may have normal chromosomes and another type may have trisomy 21.
• Translocation Trisomy 21 – Sometimes (in 3-4% of cases) part of chromosome 21 becomes attached (translocated) to another chromosome (usually the 13th, 14th or 15th chromosome) before or at conception.

World Oral Health Day (WOHD) is celebrated every year on 20 March. It is an international day to celebrate the benefits of a healthy mouth and to promote worldwide awareness of the issues around oral health and the importance of oral hygiene to looking after everyone old and young.

It is a day for people to have fun – that should be a day full of activities that make people laugh, sing and smile!

Why is WOHD Important?

Because 90% of the world’s population will suffer from oral diseases in their lifetime and many of them can be avoided with increased governmental, health association and society support and funding for prevention, detection and treatment programmes.

WOHD 2016 aims to get everyone to recognise the impact their oral health has on overall physical health and wellbeing to help inspire this change, the overall campaign platform will be:

This powerful and engaging messaging is rooted in a global truth of oral health’s wider importance, galvanising the audience to drive a movement for change.

Everybody can take part in this initiative: health associations, specialist groups, member organizations and partners, governmental groups, students, teachers, the public generally, and to large and so on.

This year we want to be sure everyone is taking time to promote oral health in their communities and reach as large an audience as possible. 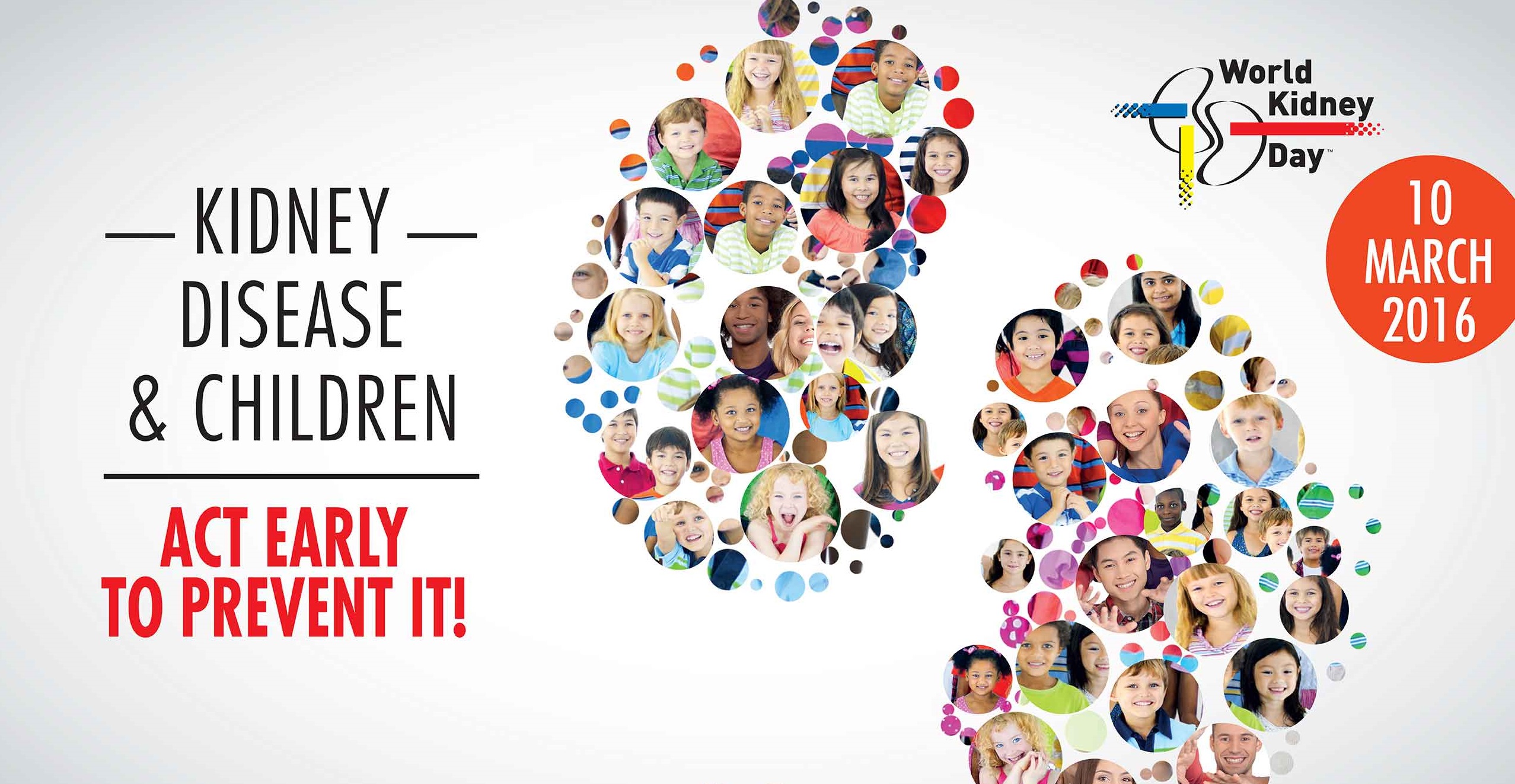 World Kidney Day aims to raise awareness of the importance of our kidneys to our overall health and to reduce the frequency and impact of kidney disease and its associated health problems worldwide. World Kidney Day comes back every year.

The World Kidney Day Team passionately believes it is important to make the general public aware of kidney diseases which affect millions of people worldwide, including many children who may be at risk of kidney disease at an early age. It is therefore crucial:

So, in the 11th Campaign year, let’s join forces once again to inform parents, caregivers, young patients, policy makers and the general public of the importance of identifying and treating childhood kidney diseases, instilling an awareness of the risks for their future from kidney damage that originates in childhood, therefore building healthier future generations!

Acute kidney disease (AKI) is a serious condition that develops suddenly, often lasts a short time and may disappear completely once the underlying cause has been treated and if the patient receives the needed medical management, but it can also have long-lasting consequences with life-long problems.

Chronic kidney disease (CKD) doesn’t disappear with treatment and tends to worsen over time. CKD eventually leads to kidney failure (end-stage kidney disease) and needs to be treated with a kidney transplant or blood-filtering treatments (dialysis) for life.